Flower Psychology: The Real Reasons We Love to Give and Receive Them

HomeWedding DayFlower Psychology: The Real Reasons We Love to... 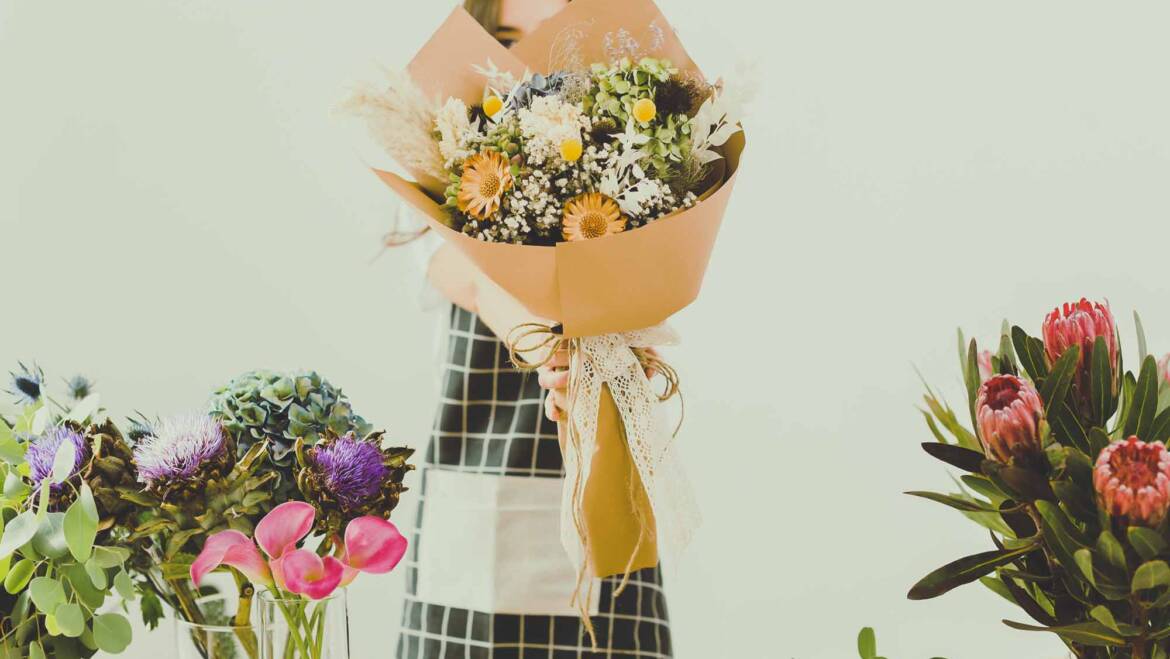 We love giving flowers. In every culture, in every country, and in every generation, we have always done so, as far back as scientists can trace. While ancient civilizations might not have been so concerned with anniversaries and holidays, they still began cultivating flower crops thousands of years ago. Some scientists have tried to argue that our present adoration for floral gifts is purely societal- we love them because we’re supposed to, but those who focus behavioural psychology have come to realize there’s something much more going on when flowers are present.

Everyone has a “fake” smile that they dish out for the sake of being polite and for shameless selfies, and we’re so gifted at it that we don’t always realize we’re doing it, but a real true smile is something different altogether. Scientists refer to this as a “Duchenne smile,” and it involves involuntary reflexes. The corners of a person’s mouth turn upward, their cheeks rise, and their eyes narrow, causing tiny crow’s feet or wrinkles at the corners. When psychologists at Rutgers set out to uncover how people responded to receiving flowers, the Duchenne smile was one key indicator they looked for. The results were published in the Evolutionary Psychology Journal, and conclude that almost everyone responds to flowers with a Duchenne smile. Perhaps most interestingly, both men and women were tested and the results were universal. Researchers also discovered that, in addition to true smiles, those who receive flowers become more warm and engaged, showing social signs of interest by stepping closer to the giver and turning their heads to the side. Bear in mind, the recipients didn’t even know the givers in the study. One group was simply lucky enough to step onto an elevator with the researchers and the other group enrolled in a study about moods.

The study about moods was only open to women, as researchers determined that they were more likely to be open and honest about changes in their emotions, and were more likely to be facially expressive. The women were divided into three groups and adelivery of flowers, a candle, or fruit was delivered to their home. They were interviewed several times afterwards, and although the intensity of emotion diminished with subsequent interviews for all recipients, those who received the flowers by and large were the only ones to report an increase in positive emotions.

Flowers Have a Butterfly Effect

We all know that moods are contagious, so it stands to reason that those who receive flowers are spreading that joy to others throughout the day. However, in the study where women received flowers at home, researchers noted that the gift was more likely to be placed in a community area of the home, such as a kitchen, dining room, or living room. This means that everyone in the household benefitted from the gift and had more positive emotions as well.

Another psychologist from the Université de Bretagne ran some seriously interesting studies. In the first, he recruited a group of women to watch a video of a man talking about food. Half of the women sat in a room with three empty vases, while the other half sat in a room with three vases full of flowers. At the end of the video, the women were asked to rate the attractiveness of the man. Believe it or not, he was more attractive to the women who sat in a room with flowers. The psychologist later ran a similar test, but brought the women into a waiting room with a man. Again, half of the rooms had flowers and half did not. The man asked the women for their phone numbers, and a whopping 80% of them complied in the room with flowers, while just 50% did in the room without. The psychologist ran a third test, but this time stationed the man in a mall. His job was to approach women traveling alone and ask for their phone numbers in front of three different types of stores; a shoe store, a bakery, and a flower shop. In front of the shoe store, just 11.5% of the women were willing to part with their digits, and the bakery didn’t fare much better, with 15.5% agreeing, but in front of the flower shop, he succeeded 24% of the time.

We still don’t know what causes people to behave differently when flowers are present, but it’s clear that they do. Whether you’re looking to brighten someone’s day or to make a good impression, sending a flower bouquet is the tried-and-true way to go.